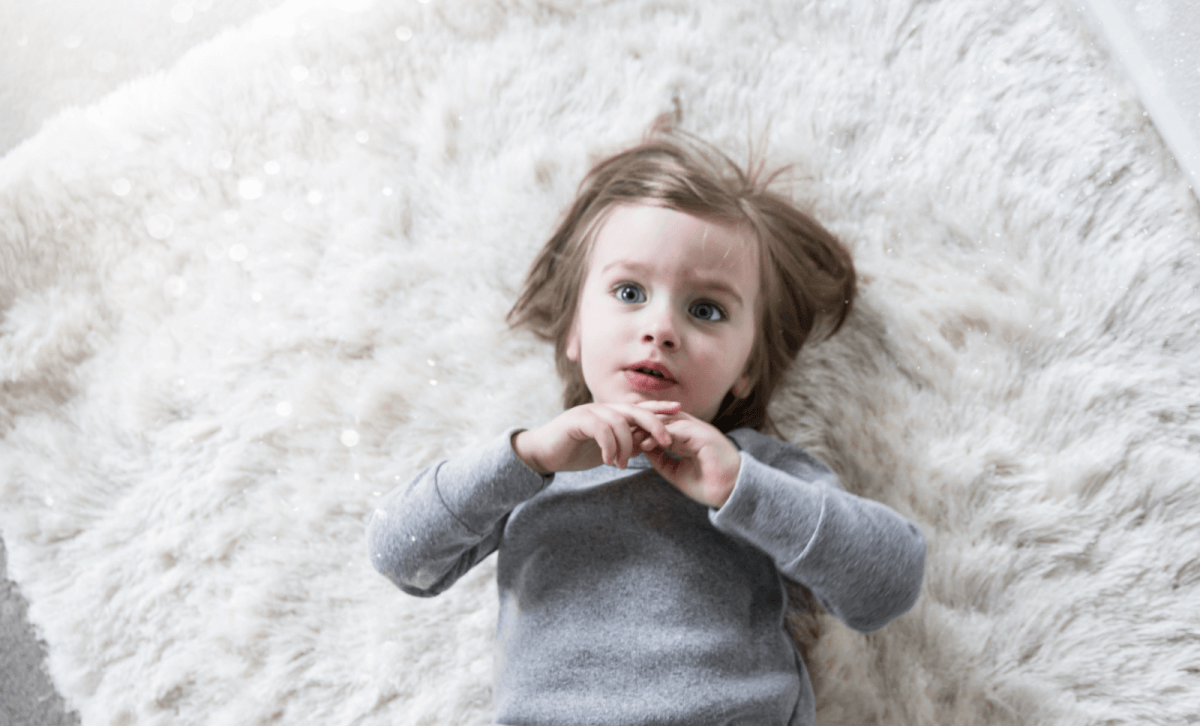 Since before Jude was even born, I’ve thought so long about how Charlie’s autism will affect him as he grows up. When Jude gets ignored trying to play with Charlie, does it make him sad? Does Jude know yet that Charlie is different? Well, after this week, I have no doubt that Jude is more in tune with Charlie’s struggles than we knew. I’m so impressed with this little guy. Ideally, Jude would be the one writing this post but he’s only 2 so for now, I’m going to tell you what I noticed as his mom.

Earlier this week, Jude and Charlie were watching TV in the living room when Charlie started babbling and said “beeee”. Jude looked stunned, like a deer in the headlights. For a second I thought he was hurt but then he looked over to me and said with his trademark enthusiasm, “Mommy! Charlie said ‘bee’! » He looked back at Charlie, ferociously applauding and screamed, “YAY, Charlie”!

And this was the moment I realized that despite his young age, Jude is aware of Charlie’s differences. He’s aware that for Charlie, making a sound that’s close to a word is a big deal and worth celebrating. I honestly didn’t think Jude would be able to understand something like that at such a young age. My guess is that he picked up on our positive reactions on the rare occasions when Charlie made a sound in the past. Jude also spends a lot of time around Charlie and his therapists too.

That same night at dinner, Jude interrupted us and screamed, “Mommy! Daddy! Charlie’s taking a bite”. Indeed, Charlie was eating the meat from his spaghetti bolognese. Jude is so sweet. He knew how incredible it was for Charlie to try new food. And he was right! 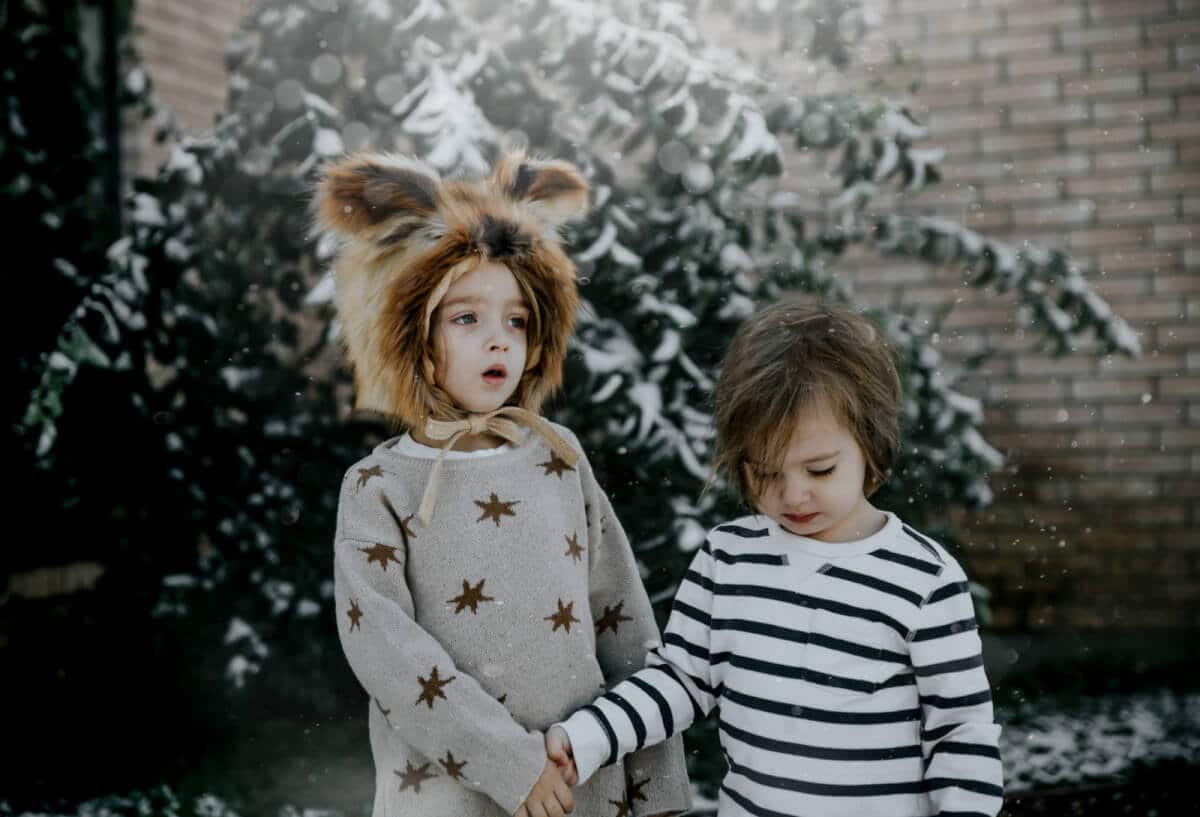 You can tell how much Jude loves Charlie. He doesn’t care that Charlie is different, and he doesn’t even seem to be bothered that Charlie doesn’t play with him the same way he and his friends are starting to play with each other at school. He loves his brother and he’s always trying to help him with something or the other every time he gets the chance. Jude helps Charlie wash his hands, wipe his face, and go potty. He even shares his favorite treats with his brother. And when Charlie gets sad because we don’t understand what he wants, he brings Charlie his « words » (his iPad with the app he uses to communicate). At night he kisses Charlie goodnight and brings him his a Curious George book to hold in bed.

Even sweeter, Jude helps Charlie learn and practice his skills. This morning, Jude put on his therapist hat and started working on some of Charlie’s speech targets. To our surprise, not only was Jude really good at it but Charlie answered to Jude’s directions just like he was a therapist! One of Charlie’s programs is to repeat the words “bee” and “cookie” after being shown the picture and hearing the word. In this video, you can see how well-intentioned Jude is but also how amazing Charlie did. Charlie hasn’t been consistent with repeating words at all so this is new and exciting. He only repeats these two words « bee » and « cookie » and not consistently. They both nailed it today. Sure, it’s not the relationship I thought they’d have but it’s pretty freaking amazing anyway. 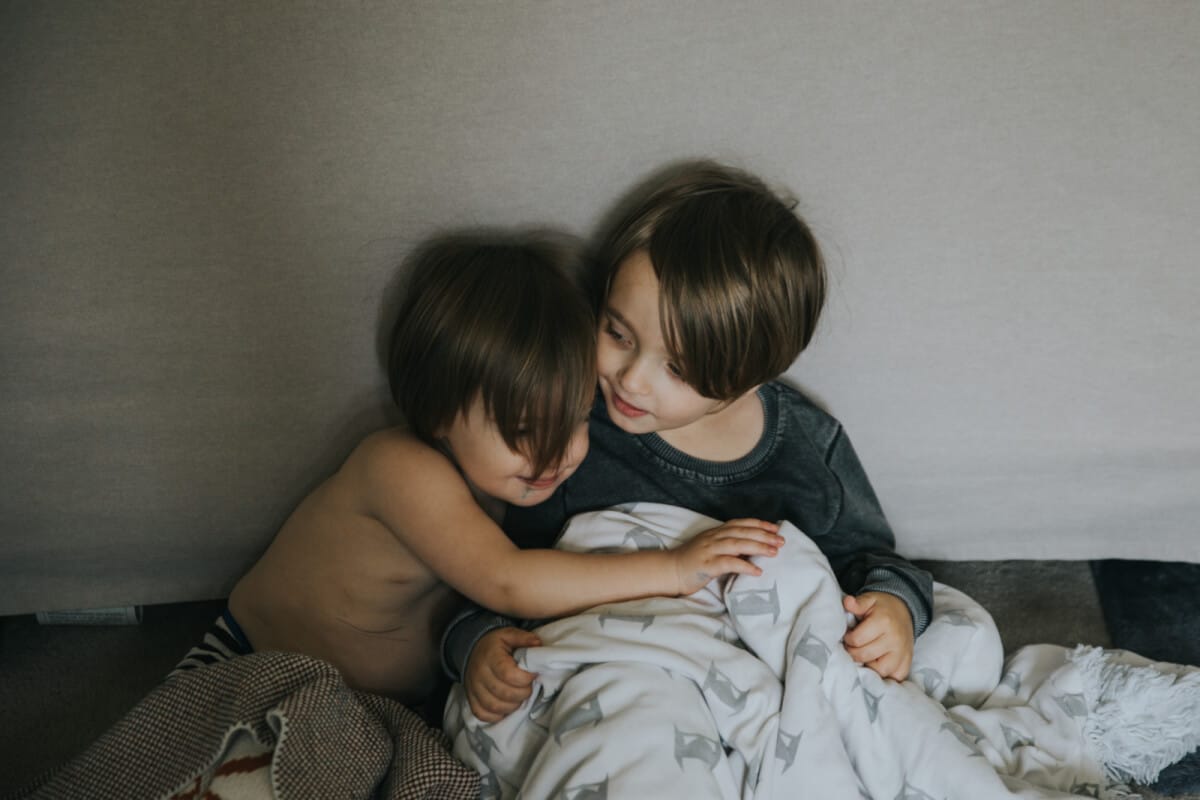 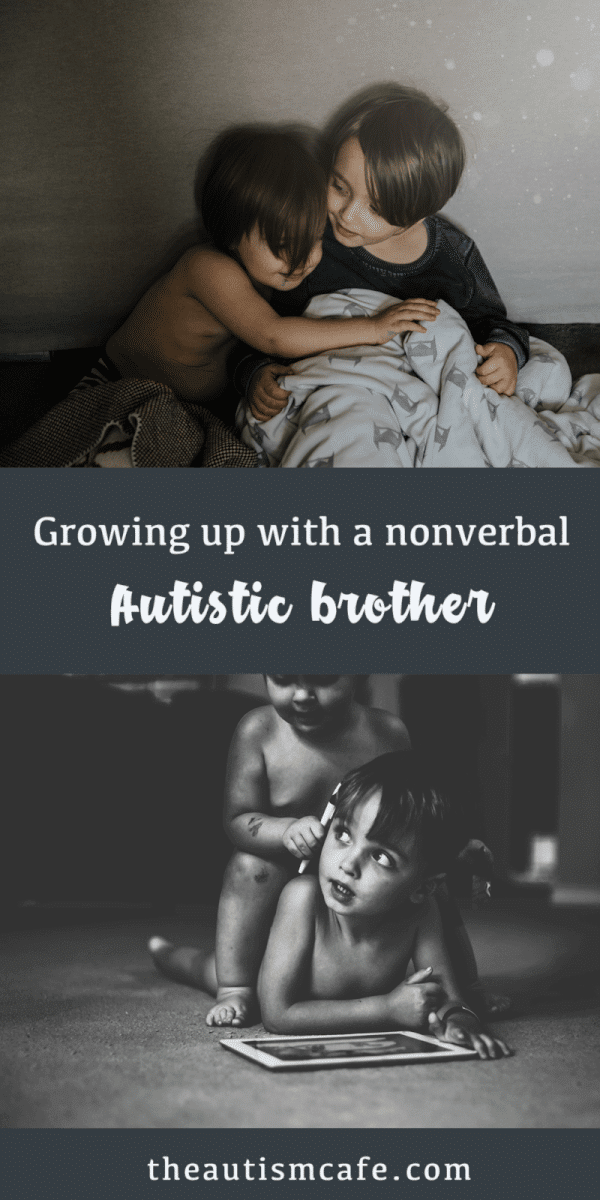 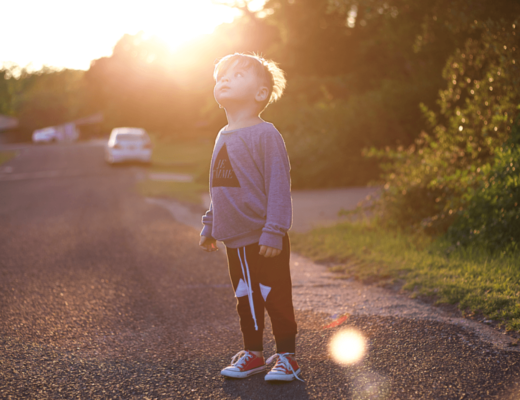 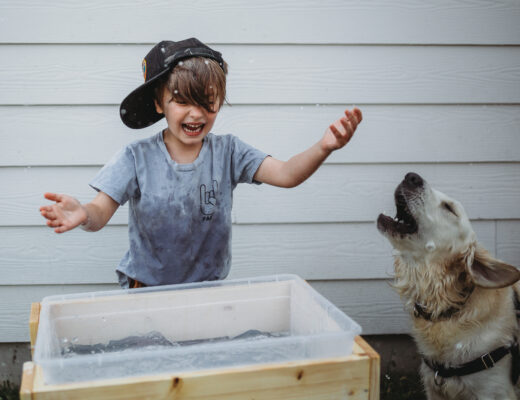 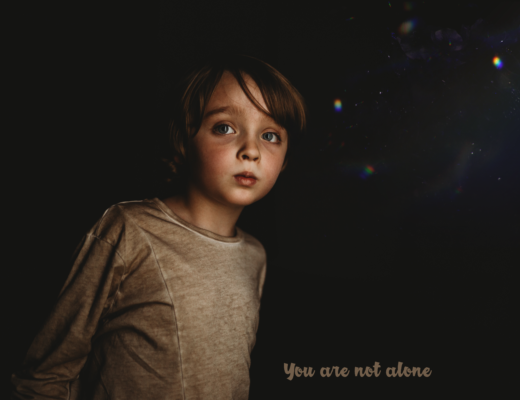