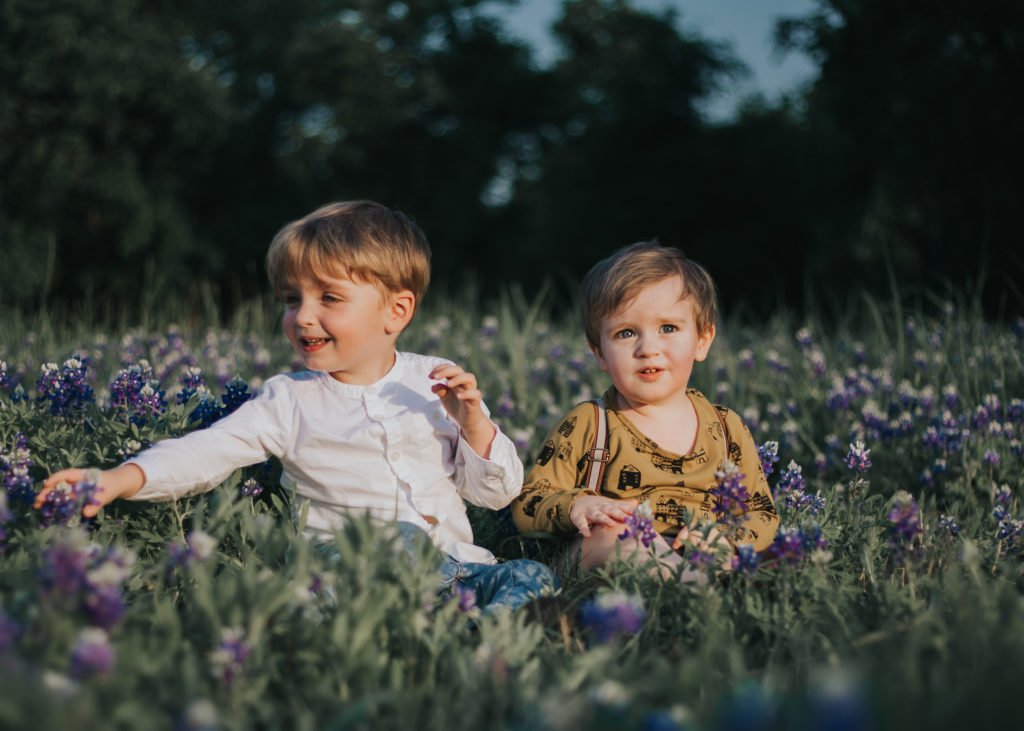 Growing up, I always wanted a big brother. I don’t know, maybe it’s silly. Around 8 years old, I came to peace with the fact that it proooobably wasn’t possible for my parents to give birth to a big brother for me, so I amended my request into a little brother. Never happened either. I’m an only child, though my later-in-life-found “step-brother” Léo holds a special place in my heart.

When I found out I was pregnant with Jude, my youngest, I was stoked. Naively, I thought I was going to give the boys what I’d dreamt of as a child. During my pregnancy, I spent a lot of time thinking about the moment when Charlie would meet Jude. I thought he’d fall in love with his brother instantly, giving him a sweet little kiss on the forehead right when we’d get home from the hospital. Just picture all those angelic photos you see online of siblings meeting for the first time…

I imagined Charlie protecting Jude and teaching him how to build big towers. I pictured him watching over Jude because that’s what big brothers do. The ones I see on my Facebook newsfeed and on TV – that’s what they do. They earn “best big brother” awards every week from their parents. There was no doubt in my mind that Charlie was going to be the perennial winner of that award too.

From dreams to reality

A few months into my pregnancy with Jude, Charlie was diagnosed with autism. Week after week, he regressed. Therapy helped a little bit but he was still very much in his own world. We couldn’t access him anymore – there was no more eye contact, no more words, and lots of tantrums and meltdowns. What kind of big brother was Charlie going to be?

July 4th, 2015 – Jude was born. Charlie didn’t even look at Jude for days. Jude was completely invisible. Eventually, he noticed him. Jude’s cries were hard to ignore. Charlie would just scream, cry, and cover his ears in response to Jude making any sort of noise at all. A few times, Charlie slapped him in the face. My mom-heart was broken. 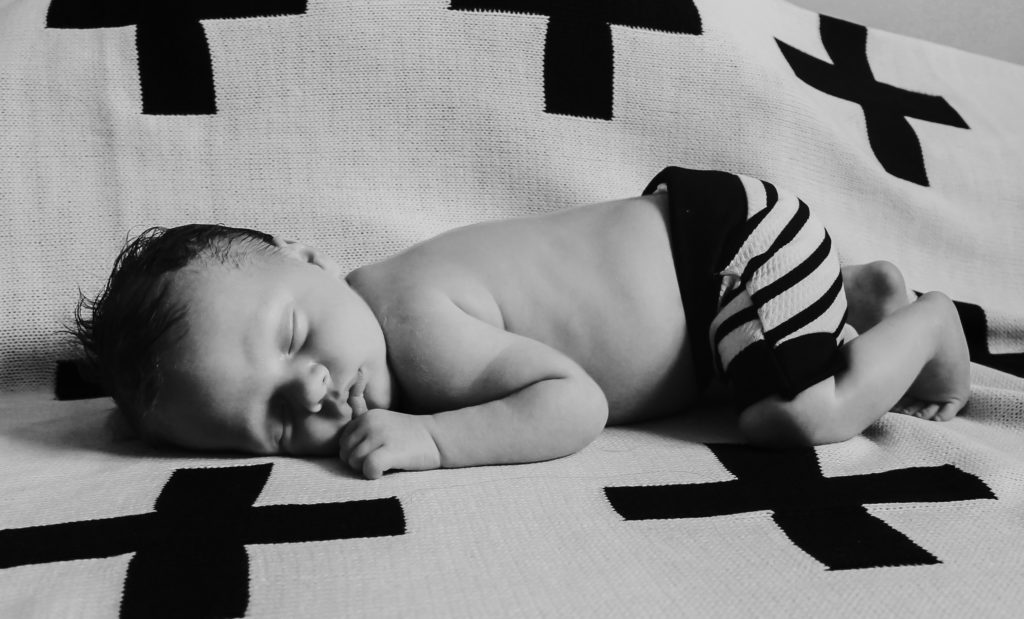 A glimmer of hope

A few months went by and the screams and aggressive behaviors decreased. And then, for the longest time, they just ignored each other completely. There were a few incidents of Charlie hitting Jude or aggressively not wanting to be around Jude but it became the exception and not the norm. Then one day, it happened! Willy wanted a new wallet picture so we sat Charlie and Jude next to each other to stage a photo. And then, without any warning from him at all, Charlie smiled and slowly turned his head towards Jude, and gently pressed his face into Jude’s head smelling his hair! Willy captured the photo and it looks a lot like Charlie’s kissing Jude. He probably wasn’t but it was just as amazing to me as if he were. An amazing moment. 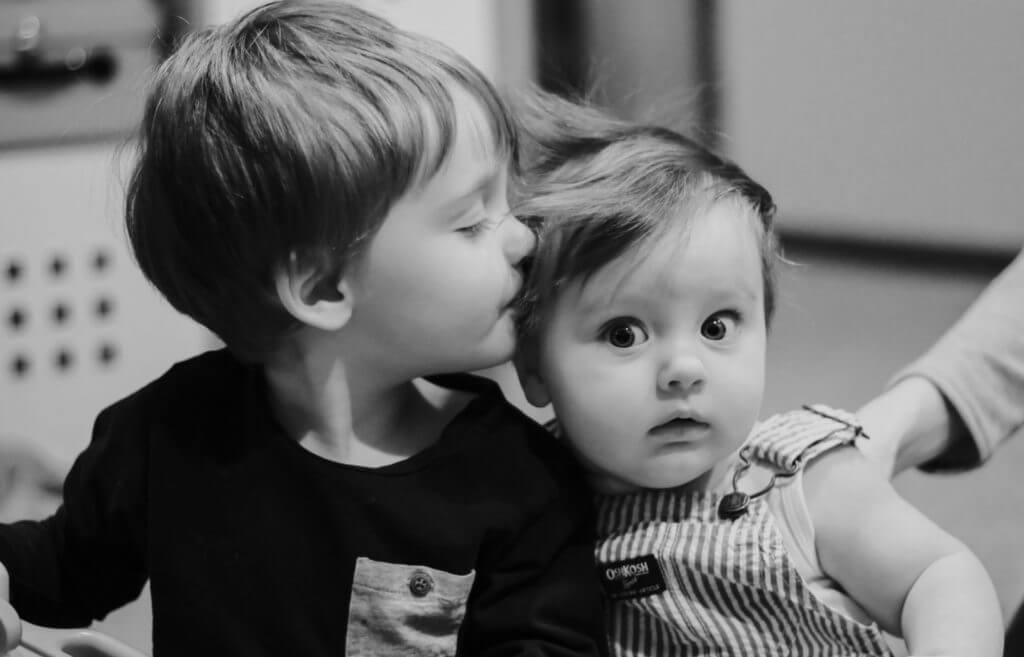 The months passed by and they continued to mostly ignore each other. Then Jude started walking, and he looked more like a real person as opposed to a helpless little baby. Charlie’s aggressive behavior towards Jude flared up again. So, we decided to ask Charlie’s therapists for help, and ended up adding “tolerating Jude” as one of Charlie’s therapy targets.

The plan was to keep Charlie and Jude in the same room without Charlie screaming or escaping for 60 entire seconds. We made sure they were doing a highly preferred activity (like watching videos) as to reinforce Charlie tolerating his brother. The first few times… it was a disaster. Charlie threw tantrums and tried relentlessly to escape the room. We persevered, and little by little, session after session, Charlie started to tolerate being in the same room as Jude.

After a month, they were able to look at the same video while sitting next to each other. No screams. No hitting. After two months, they were actually enjoying watching videos together on most days 🙂

We now make a point to have them spend time together everyday. They don’t hate each other anymore. Of course they don’t have the relationship I had imagined but does life ever happen exactly how you pictured it in your dreams?

The thing is, they do have amazing moments occasionally. And when they do happen, it blows me away. I love it so, so much when I see it – when Charlie randomly loves on Jude. One of their sweetest moments happened right here and I’m so happy I had my camera to capture it: 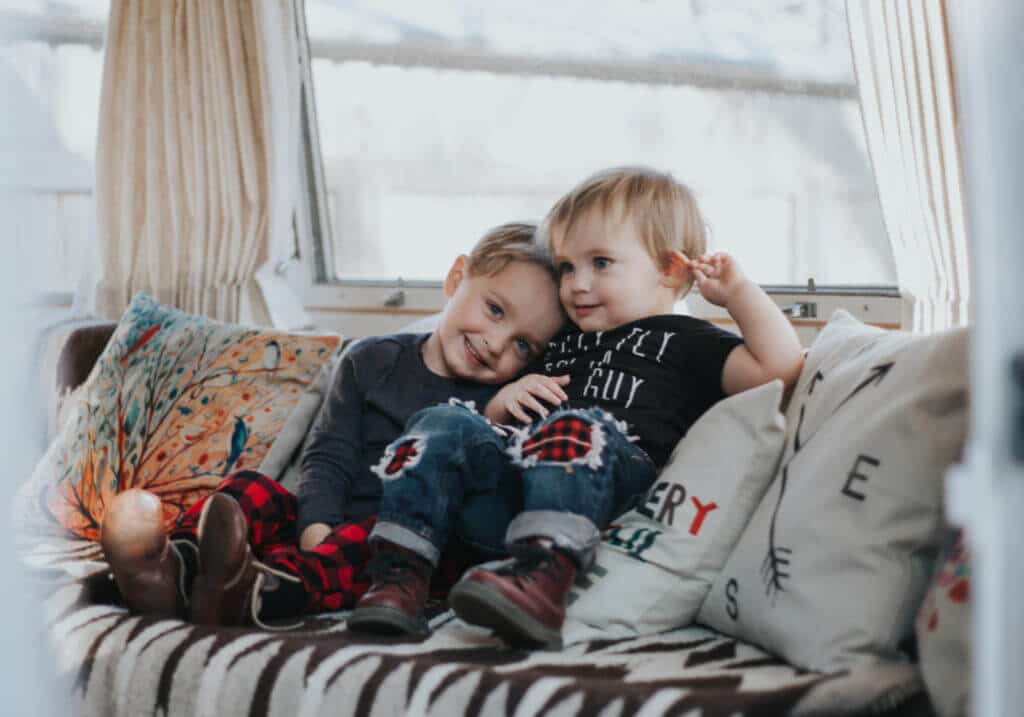 Charlie may not be able to teach Jude measurable skills like talking, counting, or making eye contact but he indirectly teaches him invaluable skills. Skills that a lot of adults I’ve encountered lack of: compassion, acceptance, and patience. Growing up in France, I remember the heavy pressure to be at the top of my class and the importance of succeeding and getting good grades, but I don’t remember anything about acceptance. I wish the teachers and role models demonstrated important values. They’d tell us to be respectful and reprimand us if we weren’t.

I remember the special-needs classroom in my middle school. The kiddos were kept in a different building and we never interacted with them. Among other things, that taught me that being different wasn’t ok. Then, there was the taboo around mental health. Seeing a psychologist meant you were “crazy”, so when I finally found the courage to see a shrink, I’d hide my head in a hoodie so no one saw me entering the building.

Thinking back on it, it makes me mad. Why is this stuff so taboo? When I came to the United States, had Charlie, and experienced him being diagnosed with autism, it changed my entire perception of mental health, neurological disorders and “being different”. Why am I telling you this? Because Jude will grow up looking up to his big brother. Jude will learn that things don’t come easy, and Jude will learn that being different is okay. He will look up to Charlie for how brave he is, he’ll understand that every victory is worth celebrating, and he’ll enjoy the moments when Charlie hugs him even more because of how extraordinary they really are. 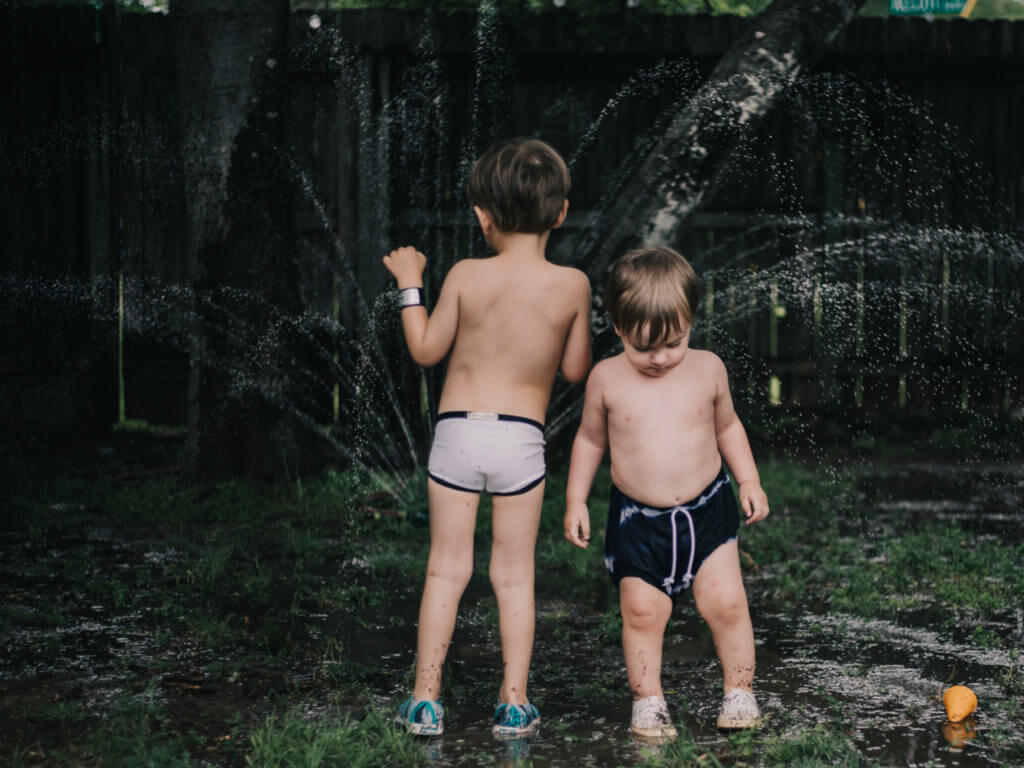 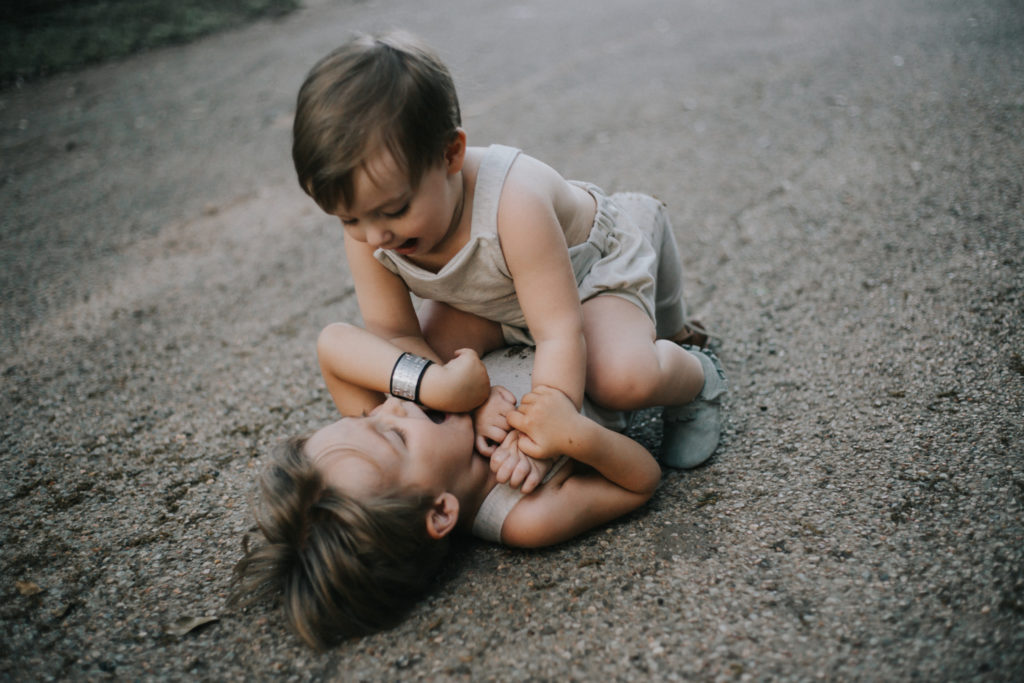 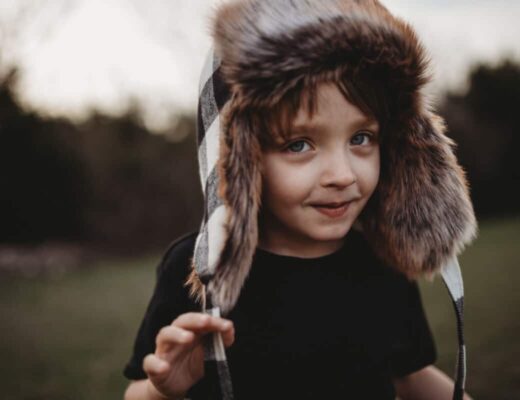 [Autism] Charlie, I love you 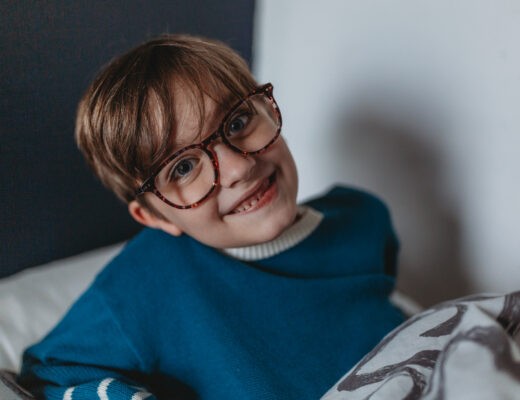 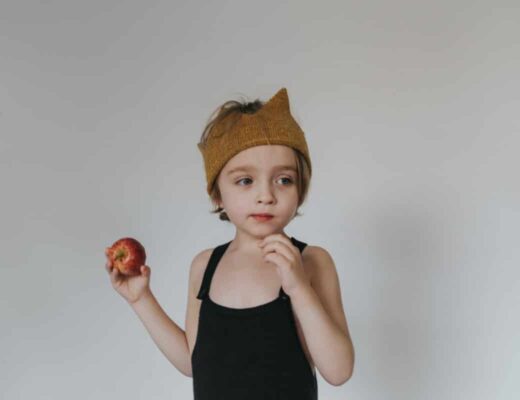